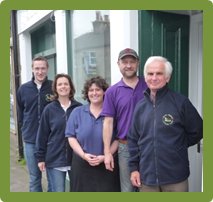 The Project has an office at 22 Church Street in Lochwinnoch and operates from The Old Library Centre at 9 Low Barholm in Kilbarchan.

The Project team are managed by a Voluntary Steering Group, who originally founded the project in early 2010;

The funding for the project is delivered through LMEG, Lochwinnoch Millennium Events Group, a company limited by guarantee with charitable status.  LMEG was constituted in 2002 and operates for the promotion for the public benefit of rural regeneration of Lochwinnoch and district.  The directors of LMEG are:

If you’d like to be more involved with the project, perhaps would like some help from the LEAP team or would like  to become a member of the Steering Group or LMEG,  please speaking to any of the people named above, drop into the LEAP office at 22 Church Street or phone 842 530